Sameness can kill. Or at least, it can significantly limit growth. Alongside his more famous ‘natural selection’ theory, Charles Darwin also found that diversity is the key ingredient to productivity; that species thrive when combined. And this is no different for people and organisations, except with organisations it’s more than just diversity – what’s critical is inclusion.

This is echoed by Stephen Frost who talks about the dangers of sameness in our organisations, and the responsibility we have to develop strategies and approaches to ensure full inclusion, not only because it’s the right thing to do but because it will make our organisations better places in which to work, more successful and productive.

Recent decades have seen massive strides in equality across the UK, driven by some good legislation. Of course, we need to continue to take huge steps, because the more we progress, the more we acknowledge the distance we still have to travel. Diversity and inclusion is a journey, and I think we are on a relentless mission to open up society, in all its facets, to ensure everyone can play a full part in it, with the mutual benefits that can bring. However, maybe things are moving too slowly. Despite the massive developments in my lifetime, we should expect faster progress. It’s what Stephen Frost refers to as ‘the urgency of now’, which really resonates with me. Perhaps it’s easy to look around at how society has changed and allowed in complacency.

A demographic that is well behind the inclusion curve is that of the neurodivergent. With an estimated 1 in 7 people being neurodivergent in the UK, around 15% of the population, we should be in no doubt that all our organisations will work with people with a range of neurodiverse conditions, be that staff, clients or customers. To ignore this aspect of diversity is to miss out on talent productivity and diversity of thought.

In attempting to define neurodiversity, the CIPD’s definition is a good one.

“Neurodiversity is, ultimately, a biological fact of the infinite variety of human neurocognition. Now, the same term ‘neurodiversity’ is also being used to represent a fast-growing sub-category of organisational diversity and inclusion that seeks to embrace and maximise the talents of people who think differently.”

Placing neurodiversity in an organisational and social context

I like the reference to people thinking differently because, for me, it helps to place neurodiversity in an organisational and social context. As humans, we quickly jump on differences, often negatively, but difference is what drives us forward. Of course, people have had neurodiverse conditions for centuries, but it is only in recent years that we have begun to understand what it means. Perhaps the challenge is ensuring that we don’t talk in generalisations or use stereotypes about the entire neurodivergent demographic. While on the one hand there are behaviours, strengths and challenges of the thinking style that are common to each ‘neuro minority’, these are experienced in different ways and to varying extents.

Limited thought given to the needs of people

There are many conditions within the neurodiversity term, many of which will be familiar. However, there is a massive lack of understanding of how people’s day-to-day lives are affected, which prevents us from creating fully inclusive working environments. As things are, I would say that we are not doing a great job. In the UK there are around 700,000 people on the Autistic Spectrum – only 15% are in full-time employment and 32% in any employment. In my opinion, this is an inditement on organisations and the limited thought given to the needs of people – both in terms of how we recruit and then how we include.

Everyday processes that act as barriers for people

In the UK, there are 1.5 million people with Attention Deficit and Hyperactivity Disorder (ADHD) and 2 million with Dyslexia. People devise coping strategies to deal with daily issues, but there is much an organisation can do to help. In today’s busy workplace where flexibility is valued, and optimising people’s skills is critical, do we think about the everyday processes that act as barriers for people? Good examples of this are open-plan offices and hot-desking – common features in many workplaces. But, have we thought about the impact on neurodivergent people? To what extent has the noise in open-plan offices been considered, or the lighting in use or the effect of having to find a different desk every day? How well do we consider the approach we take with workplace learning to ensure we are fully inclusive? How well do our recruitment and selection processes encourage neurodiverse talent? Are job descriptions written so that they accurately reflect the actual skills required or do we too often look for generalists in roles? How do our organisations encourage people to disclose their needs in a safe way?

It’s easy to think of these conditions as being a disability, and there is no doubt that for some people, it can act as limiting. It would be disingenuous to suggest that neurodivergence doesn’t present a challenge for many people a lot of the time. However, neurodivergent thinking can offer different approaches to ideas, new ways of looking at problems, the ease at seeing the ‘big picture’, and strong creative thinking and organisation. The aim is to recognise that everyone has something to offer, and if organisations ignore this, it will be to their detriment.

Many organisations in the UK have been doing some great work around neurodiversity. Examples include National Grid who has established their own ‘Supported Internship’ Employability Programme, providing 18-25-year-olds with a year-long work placement. All the roles are genuine, and the vast majority of participants have progressed into full-time permanent jobs with National Grid and other organisations.

The BBC has used virtual reality and 360 videos to produce two films from the perspective of someone who is neurodivergent, both designed to help share their experiences during a typical day at work, thereby preparing people for work and visiting. Auticon, an IT consultancy business, has completely revamped their recruitment processes, leading to an autism-friendly working environment. These may be large organisations, but we don’t need to be big to make a change. It’s about looking at what we do and starting somewhere.

If you’d like to enhance your understanding of the issues, follow the hashtag #NeurodiversityAtWork and I would also thoroughly recommend CIPD’s Neurodiversity at Work report.

Over the coming 6-8 weeks, CIPD Manchester’s #NeurodiversityAtWork campaign will help to highlight the challenges for people, as well as the approaches organisations can take to be more inclusive. The CIPD’s Neurodiversity at Work report, which was published last year inspired the campaign. 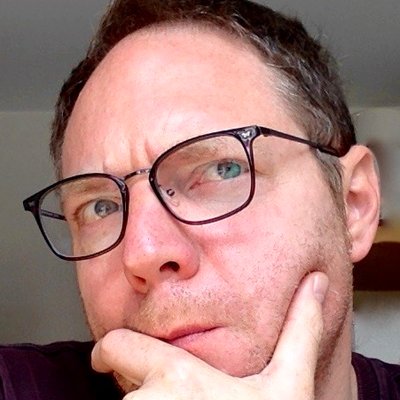 Read the other articles in our #NeurodiversityAtWork series

The CIPD Manchester Branch campaign will include Twitter chats, some podcasts, and an Ignite presentation from DisruptHR York, as well as a blog series. The blogs have been written by a range of people, from within the HR and L&D world as well as outside. Some are from a personal perspective of being neurodivergent and others from neurotypical people. We are very grateful for people’s contributions in helping us explore how we can support neurodivergence in our organisations, and help us to step-up the pace of change and inclusion.

If you would like to contribute a blog and share your personal experience or that of your organisation, please get in touch.

We look forward to your reading, listening and contributing to this campaign. Leave us your comments below and don’t hesitate to share this article with your networks. Together we can make a difference by raising awareness.